Don't fight and kill all day, use VR to do some healthy sports!

Speaking of VR games, the more content we mentioned before was related to "killing and killing", such as preemption games such as "Call of Duty" and various games like "fighting planes." The world is so wonderful that we cannot be so cranky that it is not good or bad. So let's get some relatively healthy games, such as this Spirit Runner VR.

In recent years, â€œcool runningâ€ has become very popular among young people abroad. Nowadays, many domestic young people have joined the cool running team. At the same time, there are also many cool running games. There are not many parkour games. Next we will introduce the Spirit Runner VR game in detail. 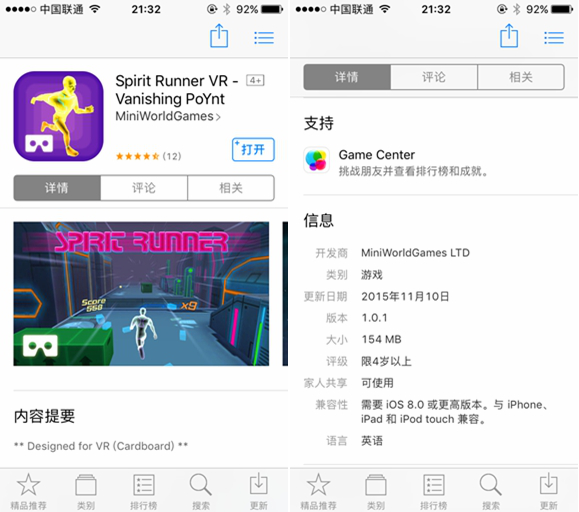 Entering keywords in the Apple App Store makes it easy to find the game. It also supports the Apple Game Center, which allows you to sync relevant data from your game to the Game Center platform and compete with your friends. 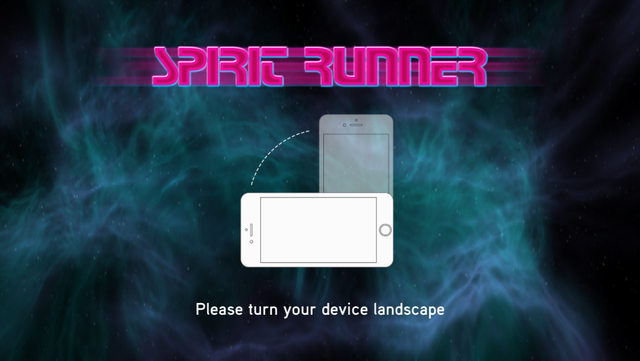 After entering the game for the first time, it will prompt everyone to talk about the phone tapping to play the game. In fact, if you see the game screen is horizontal, it will naturally cross over. The developer really broke his heart. 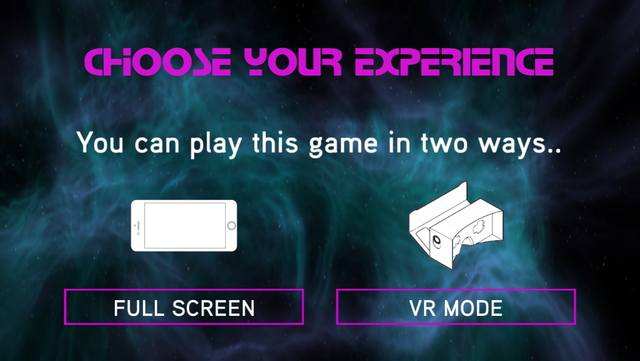 This game has two modes: normal full-screen mode and VR mode. Since we have VR devices, of course, we have chosen the right one. This game supports most common VR devices on the market, including the Cardboard 2 we experience here and other brands of VR devices. The former is only a solution where you don't have VR devices. 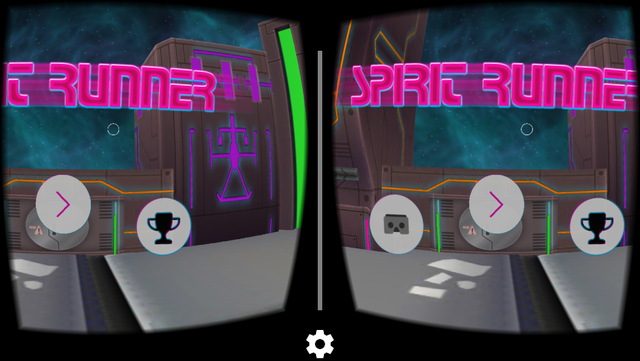 After selecting VR mode, the screen will be divided into two parts at once, which is the same as other VR games and videos. Put your phone in Cardboard 2 to play directly. The method of operation is very simple. Turn your waist and head and place the center of the screen on the relevant options.

For example, when the dot is on the trophy icon, a circular rotating bar appears, and after it is turned one revolution, it is equal to the confirmation operation, so that some misoperations can be avoided. 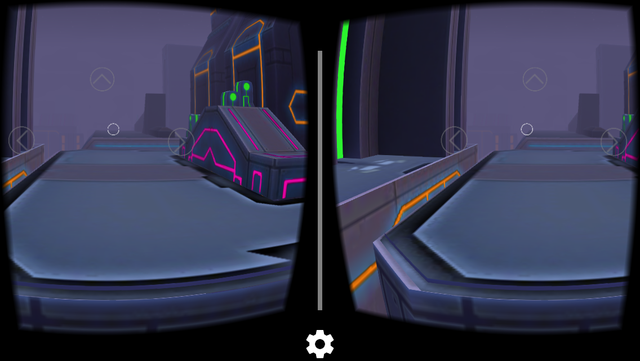 After entering the game, you will be in the first person's way in the 3D game world, and will automatically move forward. When you encounter obstacles and cliffs, you need to raise the point of access to the corresponding function key position on the screen . If you want to jump over the cliff, you need to aim the point at the â€œupâ€ function key so that you can overcome this obstacle and behave like the â€œGod escapeâ€ concept. 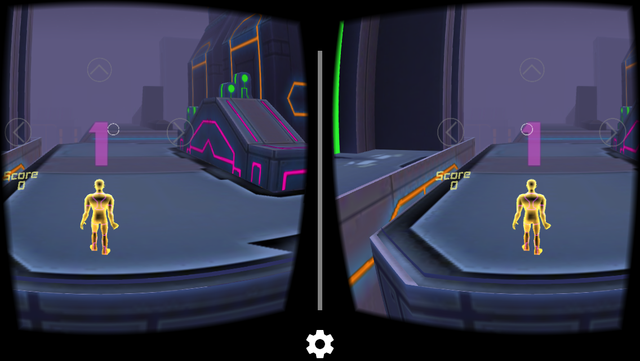 However, in the game interface, this game has the suspicion of catching up with the shelves. Its simulation scenario is in the future world. Although the establishment of 3D models is still good, but the beautification processing is relatively rough, especially the characters in the game, some random, But fortunately it will not affect the overall gameplay. 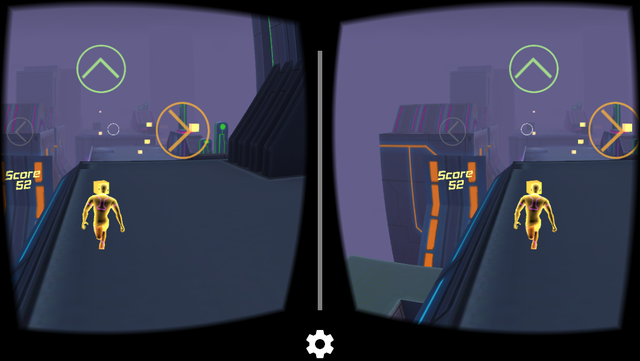 Each time you cross an obstacle, your score will be increased accordingly. Your ultimate goal is to overcome as many obstacles as possible and live as high as possible. 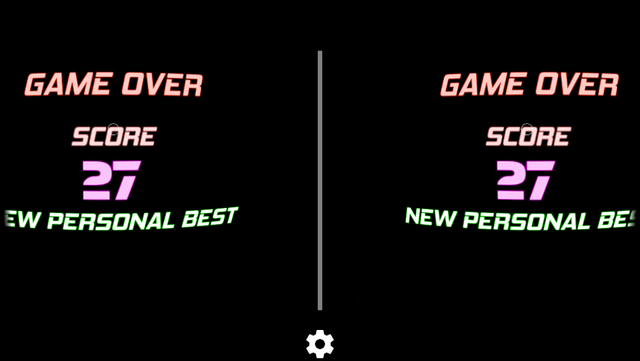 When you fail to overcome an obstacle, the game naturally ends, and your final score is displayed. 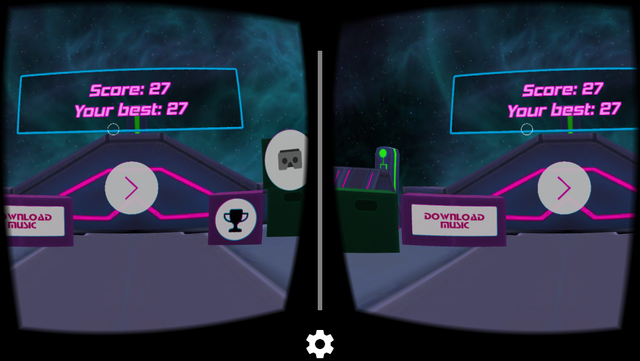 If you get a higher score, it will also sync the data to Game Center, and compare and rank with your friends to increase some interactivity.

Overall, the Spirit Runner VR game is very good in terms of playability. It is a good combination of parkour sports and VR. Although there are still some imperfections in operation, it is relative to the status quo. Not bad, but also some entrepreneurial and entertaining. However, in the game interface design and music, its performance is more general, there are many places worthy of improvement. In addition, because the game screen will always be shaking, so after you play the game more than ten minutes, it is best to rest, otherwise it is easy to feel dizzy and vomiting.