ã€Abstractã€‘ This paper analyzes and discusses the characteristics, advantages, operation and practice of the studio lighting hanging system through the 2000 square meter large-scale studio of CCTV's new site. It shows the lighting system in the new generation studio. The importance of the system.

The CCTV 2000m2 studio is located in the new E area, numbered E01. The studio is 40.4m long, 40.26m wide, and 14m high in equipment. It is mainly used for recording and broadcasting of large-scale integrated programs. As well-known, "Opening the Door", "The Music List", "Five One Project", "Echo Shine", "Music Music" and other large-scale variety games and large-scale song and dance programs have been produced since the studio was put into use in 2012. The program broadcasted.

First, the characteristics and advantages of the hanging system

In the traditional studio, the horizontal boom is the main one, the hanging equipment is fixed, and the lamp position is relatively fixed. When you are doing lighting design, you need to find the lamp position to design, which greatly limits the design ideas of the lighting designer. The studio overcomes these shortcomings. The hanging system uses a hanging method from the theater to the TV studio - a single point lifting system. The main performance area adopts a single point crane to enhance the design concept of any combination lifting point. By upgrading the TRUSS frame, the infinitely variable lamp position arrangement is combined. The single point hoist generally consists of a lifting motor, a speed reduction mechanism, a torque conversion mechanism, and a crane. The reminder, the crane control system and the upper collection system are composed. Such a hanging system can well reflect the creativity of lighting designers, can meet the needs of diverse program production, and can flexibly and quickly implement hanging lamps.

A total of 90 single-point hoist devices were installed in the studio, evenly distributed over the equipment floor above the studio's performance area. Set up 15 rows of rails, fixed installation of single-point hoist, moving diverting pulley can move and position arbitrarily on the track. In order to accurately locate the lifting point, a precise positioning point is set every 0.2m on the track, and a total of 1350 precise positioning points are set in the playing area. Set the positioning point number according to the array mode, which is convenient for the operator to quickly find the position of the corresponding moving diverting pulley, so as to accurately locate the position of each lifting point and arrange the combination of the hanging equipment. In order to match the lifting method of the single-point hoist, 45 sets of the upper collecting device are equipped. The electric winding cable disc adopts adaptive torque adjustment and variable torque design to realize synchronous lifting with the boom. 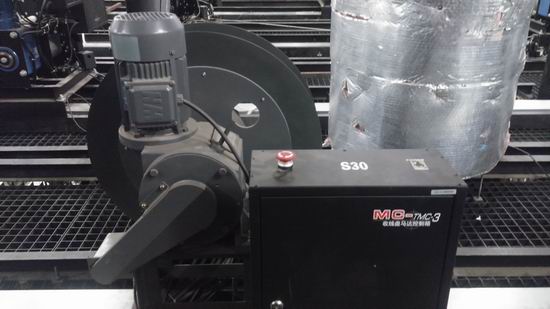 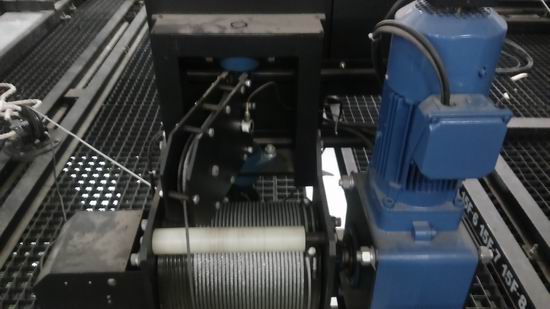 The crane is responsible for carrying the suspension and lifting of the lamp post and the lamp. The upper collection system is equipped with a complete lamp power line and control signal line, which is responsible for transmitting power and control signals for the lamp. Up to 8 single-point cranes can be operated simultaneously using a dedicated variable torque motor. The motor control box is equipped with an emergency power supply mode. Once the control fails, the motor can be manually controlled by a handheld wired remote control. A special damping device is provided to prevent the cable from being subjected to force during operation to prevent friction with the equipment layer. Each set of cable-receiving equipment includes 6 dimming circuits; 4 independent DMX signal output ports (two parallel outputs); 1 network output port, the interface at the lower end of the cable is marked. The electric winding cable tray adopts coaxial reverse winding and terminal wiring to make the loop connection more secure and safer to use. It is equipped with a convenient dimming circuit and a straight-through loop movable terminal block. 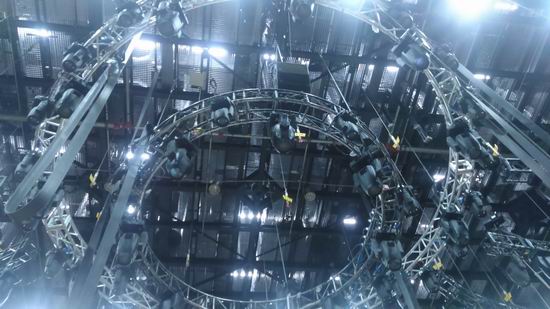 The picture above shows the effect of the hoist combination

The hanging console is the terminal control part of the hanging system. With the friendly man-machine interface, it is easy to choose to control the lifting and lowering of the boom, the lifting of the single-point crane, the single-point combination lifting, and the single or combination lifting of the flat cable. It can also set the upper and lower limits to accurately adjust the lifting position and provide emergency braking device. By browsing the online status, the operation status of the equipment, such as the boom running height, load-bearing, and single-point cranes, can be clearly and visually displayed. In case of faults such as topping, loose rope, overload, etc., there will be obvious alarms on the display screen. The faulty equipment is in an inoperable state at this time. After the fault is solved, the working state is normal and the work can continue. 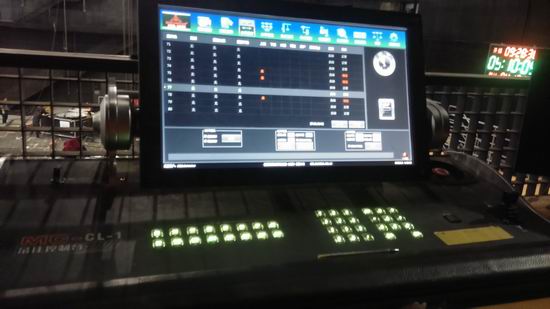 The picture above shows the boom console

Second, the operation and practice of the hanging system

The 2000m2 studio is mainly based on large-scale variety shows, using a large number of computer-effect lighting, leaving only a small number of spotlights for face lighting. The most popular "opening door" is recorded here.

"Opening the door" is a large-scale puzzle variety show, which has high artistic requirements for lighting. In order to better interact with the audience, the program atmosphere is set, and the program has a very high lighting requirement for the main stage and audience area of â€‹â€‹the entire studio. especially. In the latest 2015 edition, I changed the traditional dance layout of the traditional studio. The audience was set on the two sides of the main performance area. The host was at the end of the stage, facing the door of eight wisdoms. The player passed a T. The stage goes to the central area of â€‹â€‹the stage to ring the doorbell. There are some changes and changes in the lighting requirements of each period. The time for setting up the platform is also relatively tight. The time for the lighting installation is shorter. How to complete the lighting task in the shortest time? The lifting point is flexible through the single point lifting system. The position of the changeable features, build a variety of special-shaped combination TRUSS frame. The required lamps can be hoisted at any position and at any angle, which solves the problems that the lighting engineer is worried about when designing the lighting position. 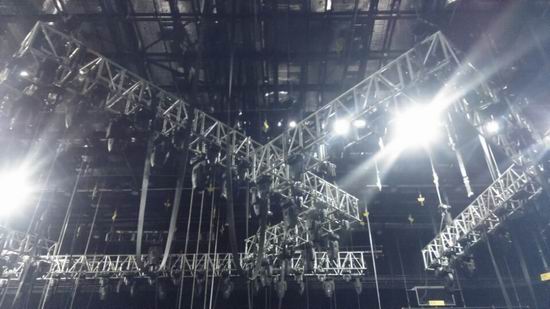