Deep observation: How much artificial intelligence can make a difference in our lives?

Li Zhifei, the founder of "Going out to ask questions," is a Ph.D. in computer science at Johns Hopkins University, an expert in natural language processing and artificial intelligence. He was a Google developer and developed a machine translation open source software. In a way, this experience served as a stepping stone for Li Zhifei's return to China. "In October 2012, I returned to China from Silicon Valley Google headquarters. I am the first."

Someone asked him why he didn't stay in Silicon Valley. Li Zhifei said that he is more interested in the application of technology than the technological breakthrough itself, and "if in Silicon Valley, we may be slower." 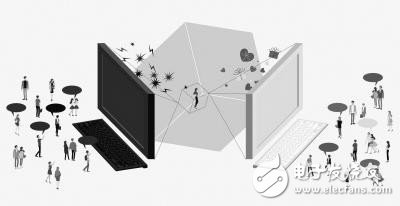 After returning to China, Li Zhifeiâ€™s â€œgoing out of the doorâ€ quickly attracted the first financing. The WeChat public account, APP, etc. were all made without stopping, but Li Zhifei found that this was not what he wanted. After a period of confusion, Li Zhifei decided to do smart hardware. From the smart watch TIcwatch, he always asked the mirror TIcmirror and asked the magic eye TIceye. He said that in the past 12 months, it has been easy to go out and ask about 150 million yuan in revenue. In the next 12 months, it is likely to be 300 million yuan.

"You can imagine putting your mobile phone with data connection on the smart rearview mirror product, you can navigate, listen to music and do the driving recorder, and upgrade your car with minimal modification." Li Zhifei told him The intelligent car rearview mirror that is dedicated to the avatar is very confident in the "question mirror TIcmirror".

Li Zhifei's best is intelligent voice interaction technology, which makes the magic mirror Ticmirror easy to achieve voice fast word interaction, you can use the "hot word + command" sentence to complete the process from instruction to execution, do not need to say "you A good question to ask about the wake-up interaction, you can directly say "view the whole process", "3D mode" and other voice fast words, directly to the relevant functions. At the same time, the dialogue process can be interrupted at any time, and you can make new voice commands at any time while the mirror is playing music and voice announcements. In addition to voice, you can also wake up, listen to music, cut photos, take photos and more with simple gestures. If there is an emergency during the driving process, such as the distance between the car and the line, the mirror can also be intelligently prompted...

Liu Qingfeng believes that the third wave of artificial intelligence is based on the new development in the field of neural networks. Based on deep neural networks, the big data and cloud computing backgrounds are used as computing platforms. Based on the mobile Internet, various training data are continuously received in the background. "So we believe that with the current time node, the third wave of artificial intelligence has come true."

In March of this year, Alpha GO defeated Li Shishi because it had intensively studied before, and by playing against Li Shishi, its chess power was long. Some people laughed that the only way to make Alpha GO fail is to keep it under the bad chess. chess. Keda Xunfei is currently cooperating with the Examination Center of the Ministry of Education. In the future, it is expected to conduct machine marking. Liu Qingfeng said that as long as the machine has learned 500 volumes of experts, it can change hundreds of thousands of other documents, and the comprehensive performance has exceeded the artificial level. Not only is artificial intelligence useful in education, but in the medical industry, artificial intelligence is likely to surpass first-line general practitioners after learning the knowledge of top medical experts and existing medical cases; After the data, you can give reference and help to the judgment of the first-line judge.

It can be said that the deep learning ability of artificial intelligence is daunting, because after learning the expertise of top experts, they will reach the level of first-class experts in the future, and thus more than 90% of ordinary professionals. In October 2015, McKinsey had a report that 45% of current knowledge activities can be automated in the future. The judgement given by the American Science Journal earlier this year is that by 2045, 50% of jobs in the world may be replaced by artificial intelligence machines. China is 77%, that is, in the next 30 years, in China. Three out of every four jobs are replaced by artificial intelligence.

Nowadays, artificial intelligence has increasingly affected people's lives. For example, people no longer look at the sky at night, but use artificial intelligence technology such as weather forecasting. People used to remember the relevant addresses and routes, and now they use map navigation directly. It used to be accustomed to the Pinyin input method. Later, I used to use the handwriting input method. Now I am getting used to voice input. In the near future, humans can interact naturally through voice and cars, home appliances, and homes. Everyone has a virtual assistant, and people are becoming more and more accustomed to artificial intelligence.

It is very difficult for human beings to create a machine that can think and even surpass people's IQ and let everyone work together. The big reason is that we have very little understanding of the principles of human thinking. Therefore, it is difficult to invent a sensor to digitize the brain's thinking activities.

â€œEven if you can digitize all your smart activities, today's storage, transmission, and computing bandwidth are not enough. You can imagine that today you take a photo and share it with your friends. This is a typical digital, transfer storage computing. Process. But if you want to digitize your day's visual activities, you need thousands of photos, and bandwidth is a problem at this time, let alone that vision is only a small part of human intelligence."

Imagine that we have countless ideas every day. If we digitize this information, it will require very powerful data processing capabilities. It is precisely because we don't know much about human thinking activities, we can't digitize these activities, and now the storage transfer calculations don't have enough bandwidth to handle these activities, so it's hard to make a machine that can be as human or even better. thinking ability. In addition to these underlying digital modeling, today's machines lack simple intuition and complex reasoning, so artificial intelligence is extremely remote in place of humans.

But artificial intelligence changes the lives of human beings is an indisputable fact. Some industry experts said that if the third wave of artificial intelligence really fell, it will definitely affect employment. In particular, junior job seekers in various knowledge positions may not be able to support their jobs, such as junior lawyers who help lawyers to organize file files, junior doctors who help surgeons to process patient information, and junior journalists who help the media write general manuscripts. Etc. These people were originally engaged in intellectual labor, but because their work may be replaced by artificial intelligence, these people may return to the ranks of manual workers or enter the service industry in the future.

But technology such as artificial intelligence seems to be on the opposite side of high housing prices. If artificial intelligence is really developed, then off-site office is possible, high-quality education is no longer dependent on the resources of teachers who are always under-supplied, and high-quality medical care will be untied. In that way, people can get jobs and high-quality social services such as education and medical care wherever they are, so why do he need to live in a place with high prices?

In Li Zhiyong's view, there are always two possibilities for the future population distribution: one is that the mega-cities are further expanded, while the third- and fourth-tier cities and villages are gradually disappearing. One is that the population is relatively evenly distributed, and everyone can find the place he likes, although it is far from the bustling, but also very convenient to live.

"At present, technology such as artificial intelligence seems to be on the latter side." Li Zhiyong said

Application of Split Braided Sleeving For Self Closing sleeve

Self Closing Braided Wrap is widely used for management of A/V cableand power cord in home theater,computer ,TV support and so on.

Its ideal for application in wire harness, automatic equipment, railways, general manufacturing industry where wires and tubes need a tough and durable protection.

Usage is for the protection of wire and Tightening up, for computer power cord, audio-video, automotive, aviation , wire and cable industries.


Self Closing Wrap ,Self Sleeving Wrap Cable,Flame Retardant Self Wrap Sleeve,Cable Self Sleeve