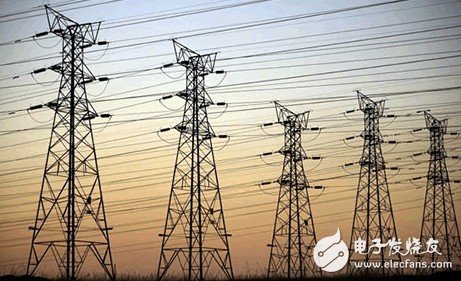 The North American standard system for low-voltage electrical products is based on the American Underwriters Laboratories UL standard and the Canadian National Standard CSA. The American Underwriters Laboratories (UL) is the most authoritative insurance agency in the United States. UL mainly formulates safety standards and actually manipulates the United States Standards for product safety certification.

The IEC standard is usually international, and the UL standard usually does not have a one-to-one correspondence with the IEC standard, and the standard structure and content are also quite different from the IEC standard. IEC concentrates general regulations and common regulations on low-voltage electrical products in IEC60947-1, and products that meet the corresponding product standards also comply with IEC60947-1. The UL standard is implemented independently, but also refers to other UL standards applicable to the parts or components of the product under test. Such as UL487 and UL1066 are suitable for circuit breakers; UL98 and UL977 are suitable for switches, isolators and fuse switches; UL508 is suitable for electromagnetic starters; UL1008 is suitable for automatic transfer switches; UL248 and UL512 are suitable for fuses. Using small circuit breakers as an example, in the GB and IEC / EN standard systems, each standard is applicable to a specific type of equipment (product). However, the standard system for miniature circuit breakers adopted in North America, such as the United States and Canada, is different from the IEC standard system. It is included in the UL489 and UL1077 standards.

In terms of standard differences, the North American standard UL489 "Plastic Case Circuit Breakers, Molded Case Switches, and Circuit Breaker Enclosures" exists in the main test items such as temperature rise test, trip verification, short circuit test requirements, and electrical clearance requirements. There is a big difference, so a complete comparison of the standards for such products is required, including comparison of specific parameters, test sequence, number of test samples, test layout and evaluation criteria. In addition, the frequency of the power supply in the United States is different from China at 60Hz, and the voltage level in the United States is also different from China. Low voltage is mostly 277V / 480V for industrial power and 120V / 240V for lighting and civilian use.

The main difference between UL and IEC / EN / GB / JIS standards is that in addition to specifying the performance and test requirements of the product itself, it also covers the general requirements of electrical safety systems, related product standards and installation regulations. China â€™s standardization law stipulates: â€œThe state encourages the active adoption of international standardsâ€. China â€™s low-voltage electrical standards include national standards and industry standards, which mainly correspond to the IEC international standard system. Except for a few standards that modify and adopt the IEC standard, most of them are equivalent to the IEC Standards, combined with the actual situation in China, are formulated to form China's unique low-voltage electrical standard system.