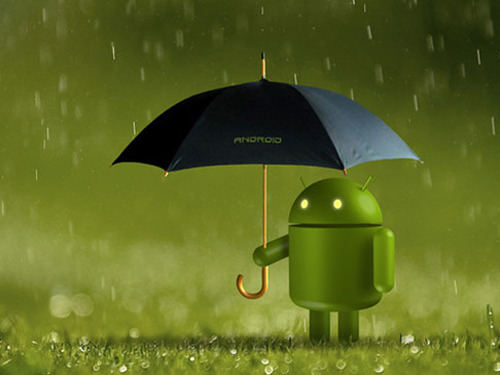 The â€œevery dayâ€ phenomenon that had occurred due to rapid product iterations was strongly motivated by users, and the Android application update problem was too bad. Any product update is definitely going to the user (very few are to brush the presence), or because the product's BUG, â€‹â€‹or because of UI changes, or because of feature upgrades, but these are based on The product itself, for the user, is not the case.

Take WeChat as an example. From version 4.5 to 5.3.1, there have been a dozen versions of updates, including Sohu News client, iQiyi, and Himalayan Radio. Each of them has undergone multiple versions of the update, with only a handful of mobile Internet users. The application is not updated throughout the year. Basically, this application activity is not too high.

(2) Make products better. When WeChat version 5.3 appeared, many users proposed the concept of "flattening," including WeChat, other Android applications will be in order to make the product better, more in line with the user's browsing habits, usage habits, and more functional, And launch a new version of the application.

Android applications that have been updated for a long period of time have encountered problems. Users may choose to update the product once or twice. However, they will not update the application each time they are prompted. This will cause the user to ignore the application updates that are prompted by the system. Awkward situation, even if the application has been updated more than a dozen versions, the user is still using the initial version, because in the most basic needs, such as chat, music, watching movies, etc., the old and new versions of the "core" on the too Big change.

To sum up the two puzzles that Android application update encounters, one is based on its own direction, which is updated almost once a month and a month. It is difficult for users to keep up with the rhythm of application update, and later it will not be updated. Another mystery is based on the direction of the platform. That is, the version of its own platform is inconsistent with the version of the application center. Users need to download and then update. This obviously adds an action, and it also consumes traffic. Some PC websites also have The situation of inconsistent versions of mobile and PC is often seen.

Every update of a mobile application consumes almost the entire team's energy, but now it is a matter of how to reciprocally update with the user, cannot apply updates, and the user completely ignores it. This is totally thankless.

In Android's big application ecosystem, many application centers bring to manufacturers not only the amount of distribution, but also the problem of mutual cooperation among many platforms. How to let users download and apply the same version of the application? It is very worth considering now.

Regarding the issue of updates in its own direction, I think that users should not be frequently updated with new versions of APPs. They should select appropriate periods to provide users with valuable updates and avoid making users fall into the â€œrefreshingâ€ software. Go to. As for the direction of the platform, synchronization should be chosen to prevent users from doing repetitive actions that would damage the flow of finesse. At the same time, the application center with low distribution volume should be selectively abandoned, and the distribution platform with a large amount of distribution should be the main target. This will enable the energy of several teams. .

We are manufacture of cleaning robot in Shenzhen, China, providing Window Cleaning Robot, floor cleaning robot, mopping cleaning robot, smart pillow, Cordless Floor Cleaner. OEM Robot are available. We also can provide neutral robot and customization robot. If you need some robot with the special function, voice, design or others, we can all negotiate it.